In early September 2021, Oklahoma's KFOR news ran a falsified story about emergency rooms being overrun with patients who had overdosed on horse ivermectin.1 Other mainstream media followed suit — all incorrectly referring to ivermectin as a dangerous veterinary drug.

In the real world, ivermectin is a human drug that has been safely used by 3.7 billion people since the early 1990s.2 In 2016, three scientists received the Nobel Prize in physiology or medicine for their discovery of ivermectin against parasitic infections in humans.3 It's also on the World Health Organization's list of essential medicines.4

There's absolutely no reason whatsoever to disparage ivermectin as a "horse dewormer" that only a loony person would consider taking. Yet that's what mainstream media have done, virtually without exception.

When comedian and podcast host Joe Rogan revealed5 he'd treated his bout of COVID-19 with ivermectin and other remedies — fully recovering within three days — NPR reported Rogan had taken "ivermectin, a deworming veterinary drug that is formulated for use in cows and horses," adding that "the Food and Drug Administration is urging people to stop ingesting" the medication, saying animal doses of the drug can cause nausea, vomiting and in some cases severe hepatitis.6

CNN, among many others, also reported on Rogan's use of "horse dewormer." In mid-October 2021, Rogan interviewed CNN medical correspondent Dr. Sanjay Gupta, grilling him on why CNN would outright lie about his use of ivermectin.

"It's a lie on a news network," Rogan said, "and it's a lie that they're conscious of. It's not a mistake. They're unfavorably framing it as a veterinary medicine …

Don't you think a lie like that is dangerous … when they know they're lying? They know I took medicine [for humans] … Dude, they lied. They said I was taking horse dewormer. It was prescribed to me by a doctor, along with a bunch of other medications."

Gupta finally relents and agrees that ivermectin should not be called horse dewormer. When asked, "Does it bother you that the news network you work for out and out lied about me taking horse dewormer?" Gupta replied, "They shouldn't have said that."

When asked why they would lie about such an important medical issue, Gupta replied "I don't know." Gupta also admits he never asked why they did it, even though he's their top medical correspondent.

While CNN and mainstream media are certainly at fault for spreading disinformation here, they got the idea from a supposedly reputable source — the FDA. In an August 21, 2021, tweet,7 the FDA linked to an agency article warning against the use of ivermectin, saying "You are not a horse. You are not a cow. Seriously, y'all. Stop it."

'That was great!' declared FDA Acting Commissioner Janet Woodcock in an email to her media team. 'Even I saw it!' For the FDA, the 'not-a-horse' tweet was 'a unique viral moment,' a senior FDA official wrote to Woodcock, 'in a time of incredible misinformation' …

When CNN retweeted 'not-a-horse,' FDA was gleeful. 'The numbers are racking up and I laughed out loud,' wrote FDA Associate Commissioner Erica Jefferson in one email … There was one problem, however. The tweet was a direct outgrowth of wrong data — call it misinformation — put out the day before by the Mississippi health department.

The FDA did not vet the data, according to our review of emails obtained under the Freedom of Information Act and questions to FDA officials. Instead, it saw Mississippi, as one email said, as 'an opportunity to remind the public of our own warnings for ivermectin.'" 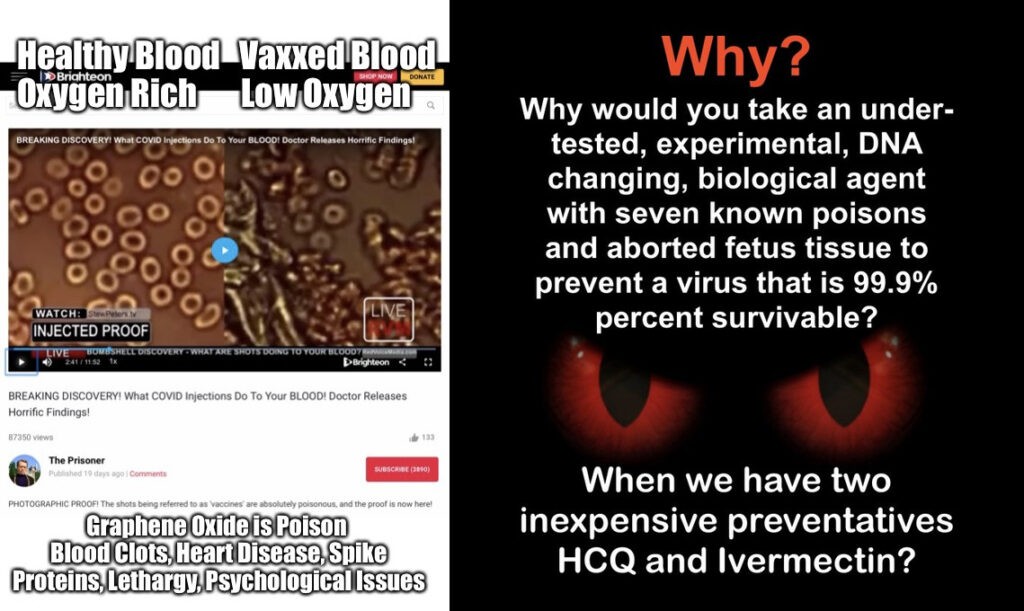