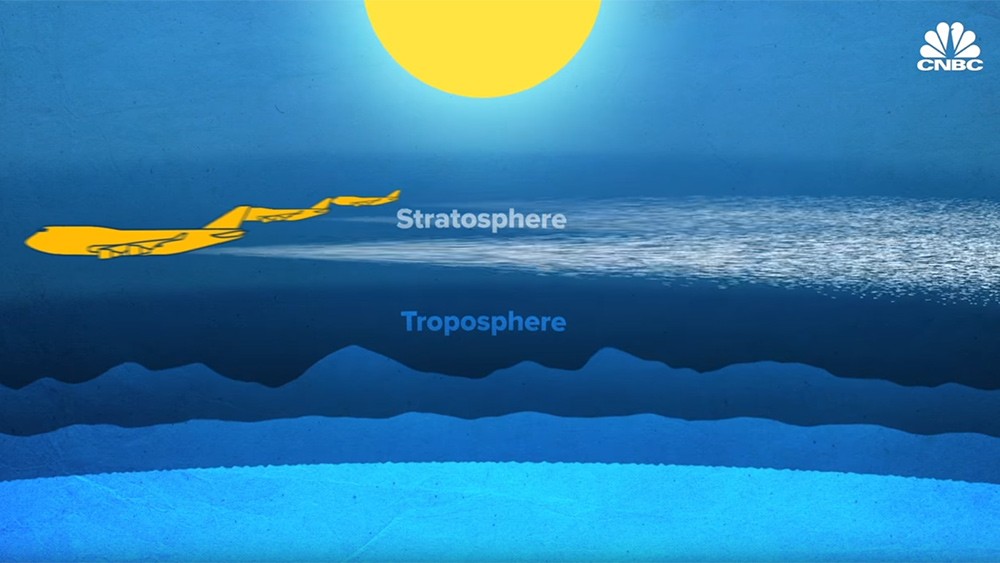 An international group of scientists are warning regulators around the world about the consequences of global, sun dimming experiments. These sun-dimming geoengineering programs are being proposed as solutions to combat global warming. These geoengineering programs give immense power and a god-like complex to some of the richest people in the world, (like bill Gates) who maniacally seeks to experiment with the Earth's atmosphere using strategic aerosol injections of sulfate and other pollutants. These experiments have unintended consequences and can negatively impact weather patterns, agriculture, ecosystems, air quality, human health, and food and water security.

"Solar geoengineering deployment cannot be governed globally in a fair, inclusive and effective manner," the open letter warns. The letter calls for international oversight to stop these global experiments. "We therefore call for immediate political action from governments, the United Nations and other actors to prevent the normalisation of solar geoengineering as a climate policy option." The letter is signed by Frank Biermann, a professor of global sustainability governance at Utrecht University; Aarti Gupta, a professor of global environmental governance at Wageningen University in The Netherlands; Professor Melissa Leach, director of the Institute of Development Studies in Sussex, England; and Dirk Messner, president of the German Environment Agency.

The United Nation's COP26 climate change summit discussed solar geoengineering at their most recent summit in Scotland, and the corporate media introduced the idea to the public as a solution for cooling the planet. For years, this topic was considered "conspiracy theory." Today, psychopaths are openly discussing ways to use the Earth's atmosphere as a playground, to manipulate the stratosphere as if it is their very own experimental dumping ground.

Bill Gates has been spending tremendous amounts of money to implement sun dimming projects around the world. His "Stratospheric Controlled Perturbation Experiment" or SCOPEX for short, is a partnership with Harvard scientists to strategically injection particles into the atmosphere to block the sun's rays. Sunlight is essential for human health, and vitamin D deficiency is one of the main reasons why so many people are suffering from infectious disease today. Plants also depend on sunlight and carbon dioxide for photosynthesis. By reducing sunlight and carbon dioxide levels globally, SCOPEX would severely alter or decimate plant-based (all) food webs, agriculture, food security and ecosystems. These are just a few of the reasons why Bill Gates' sun dimming project was halted by the Swedish Space Agency in 2021.

Bill Gates is being chastised by the scientific community, but his money always buys influence

Scientists around the world are beginning to recognize that Bill Gates is a psychopath and a eugenicist, who thinks he is in control over the Earth's atmosphere, the temperature, the solar energy cycles, agriculture, crop genetics, and what genes should be turned on or off in people's bodies, among other things.

The authors of the letter warn about "uncertainties" with sun dimming that could negatively impact food and water supplies, especially in the poorest nations. Even the Intergovernmental Panel on Climate Change (IPCC) is calling out this sinister plot. "Stratospheric sulfate injection weakens the African and Asian summer monsoons and causes drying in the Amazon," the IPCC warned in a recent assessment.

The scientists also warn that sulfate injection of the Earth's atmosphere could have a serious rebound effect. The IPCC said, "there is high confidence that surface temperatures would increase rapidly," if the program was "terminated for any reason." The US National Academies of Sciences, Engineering, and Medicine (NASEM) also released a report condemning the strategic aerosol injection of the Earth's atmosphere. However, Bill Gates probably won't be deterred by the dissent of scientists around the world, for his money is always buying influence over governments and regulators worldwide.