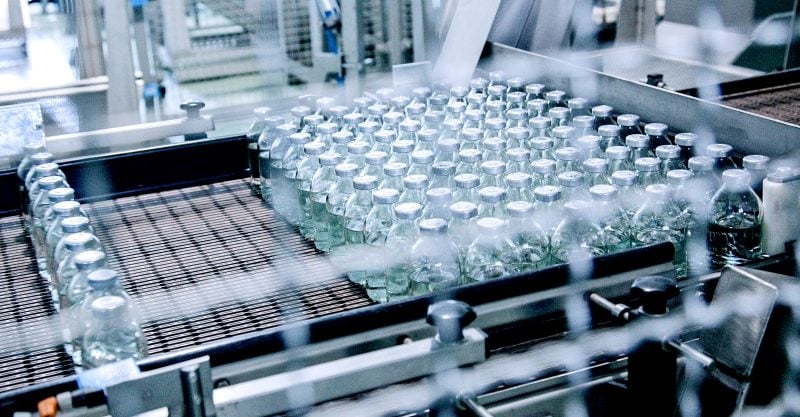 Many experts have sounded the alarm that the COVID-19 pandemic was all about the shot and a larger agenda to impose totalitarian control worldwide. Already, one shot has turned into two doses and a third booster.

A fourth booster is also being discussed, including by Moderna CEO Stéphane Bancel, who said that the efficacy of the third shot is likely to decline over several months, necessitating another shot soon thereafter.

"I will be surprised when we get that data in the coming weeks that it's holding nicely over time — I would expect that it's not going to hold great," Bancel said in an interview with Goldman Sachs.

Conveniently, Moderna is working on an Omicron-specific jab that they hope to release as early as March 2022 — and this is only the beginning.

"Moderna, just one of multiple pharmaceuticals eager to exploit our new vaccine mania, are expanding their manufacturing capacity to produce as many as 6 billion mRNA vaccine doses per year."

The information came straight from the horse's mouth, at a virtual meeting held the first day of the World Economic Forum's (WEF) Davos Agenda 2022, at a session titled "COVID-19: What's Next?"

Along with Bancel, the meeting was attended by Dr. Anthony Fauci, director of the U.S. National Institute of Allergy and Infectious Diseases (NIAID), Richard Hatchett, CEO of the Coalition for Epidemic Preparedness Innovations, and professor Annelies Wilder-Smith from the London School of Hygiene and Tropical Medicine, who together detailed their plans for "vaccine mania" to persist indefinitely.

During the discussion, Bancel states that Moderna is actively preparing for "what should the vaccine be in the fall of 2022, and what should it contain." The company is "working with public health experts like Fauci's team to figure this out. Because soon we're going to have to decide what goes into the vaccine for fall of 2022," he said (6.25).

Fauci's NIAID is part of the U.S. National Institutes of Health (NIH), which, some may be surprised to learn, actually owns half the patent for Moderna's COVID-19 injection.

In fact, the NIH owns thousands of pharmaceutical patents, and the U.S. Centers for Disease Control and Prevention spends $4.9 billion a year out of its $12 billion budget buying and distributing vaccines.

"Tony Fauci was able to choose, to designate, four of his high-level employees who each get individual patent shares," according to Robert F. Kennedy Jr. in an interview with James Corbett. "They will collect $150,000 a year for life if the Moderna vaccine is approved, which it has been." (8:31)

In addition to working closely with Fauci, Moderna is planning to combine multiple shots, such as a COVID-19 shot, a flu shot and a respiratory syncytial virus (RSV) shot, into one injection — coming in 2023 — to help avoid "compliance issues." Fauci said:

"The other piece we're working on is for 2023, is how do we make it possible from a societal standpoint that people want to be vaccinated?

"And we're going to do this by preparing combinations, we're working on the flu vaccine, we're working on an RSV vaccine, and our goal is to be able to have a single annual booster, so that we don't have compliance issues, where people don't want to get two to three shots a winter, but they get one dose, where they get a booster for corona, and a booster for flu and RSV, to make sure that people get their vaccine."

When asked how soon this would occur, he continued (7:20):

Vaccines for at least 20 pathogens in the works

SARS-Cov-2 isn't the only virus that Moderna and other pharmaceutical companies, along with health officials, are intent on targeting with more shots. Remember the zika virus, which Kennedy described as another pandemic fabricated for the purpose of selling pharmaceuticals and advancing totalitarian control? (34:10) There's a vaccine on the way.

How about Nipah virus? Nipah virus, a zoonotic pathogen for which no treatments exist, is the inspiration for the film "Contagion." The virus can only be experimented on in BSL-4 laboratories. As an aside, the National Bio and Agro-Defence Facility in Kansas will be the first biocontainment facility in the U.S. where research on Nipah (and Ebola) can be conducted on livestock.

In 2019, Nipah Malaysia was also among the deadly virus strains shipped from Canada's National Microbiology Lab to the Wuhan Institute of Virology. If you haven't heard of Nipah yet, you likely will soon — another vaccine is in the works for it. Bancel said (43.45):

"We're working with Dr. Fauci's team, we're working with Richard [Hatchett], to work on many more pathogens … The entire scientific community has known for years that there's at least around 20-ish pathogens that are a risk for which we need vaccines, you know we have zika vaccine in Phase 2 … we're working on a Nipah vaccine, those are viruses that not everybody has heard of.

"Because we need to have the data. What dose, what construct from a genetic standpoint is required … so that if a new pathogen emerges from that family we can very quickly move into a Phase 3."

Many other vaccines are also under development, including a Phase 3 study looking at combining Pfizer's COVID-19 injection with their Prevnar 20™ (pneumococcal 20-valent conjugate vaccine) for adults aged 65 and older.

In a related news release, Kathrin U. Jansen, Ph.D., senior vice president and head of vaccine research and development at Pfizer spoke about the importance of "raising awareness of the importance of adult" vaccinations, echoing Bancel in their desire to create combination shots so adults can get multiple vaccines at one doctor or pharmacy visit.

"As the COVID-19 vaccines and booster doses continue to be administered, we believe that health care providers have an opportunity to talk to their adult patients about other recommended vaccines in line with CDC guidance," she said.

An agreement between Pfizer and BioNTech to develop the first mRNA shingles vaccine was also reached in January 2022. According to a Pfizer news release:

"While there are currently approved vaccines for shingles, there is an opportunity to develop an improved vaccine that potentially shows high efficacy and better tolerability, and is more efficient to produce globally, by utilizing mRNA technology."

A Phase 1 study by Moderna for its mRNA Epstein-Barr virus shot is also underway. The first dose of the experimental shot was given to a study subject Jan. 5. In a news release, Moderna detailed their intent on rolling out additional mRNA vaccines against a number of additional viruses as well:

"Our research team is working to bring even more vaccines against latent viruses to the clinic. We believe these vaccines could have a profound impact on quality of health for hundreds of millions of people around the world."

Other mRNA shots also in development include: