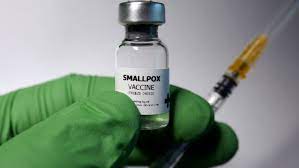 "You should be afraid of the next 'lab leak.'" So, declares a New York Times headline, November 23, 2021.1 And they may well be correct. In recent weeks, insinuations hinting at a potential smallpox outbreak have circulated in the news, while additional evidence of COVID-19 being the result of a lab leak have emerged.2 As reported by The New York Times:3

"The National Emerging Infectious Diseases Laboratories … in Boston's South End … has one of the larger collections of Biosafety Level 4 and Biosafety Level 3 labs in the world. These kinds of facilities are where research on the planet's most threatening pathogens takes place.

Ebola, Lassa, Marburg viruses: All are designated for Level 4 work by the National Institutes of Health, meaning they are both transmissible and highly pathogenic, with few (or no) treatments for those who become infected with them …

In 2015, the NIH commissioned a consulting firm called Gryphon Scientific to do a risk assessment4 of certain types of research at U.S. labs. The result, released in April 2016, was a thousand-page report that concluded, among other things, that experiments to improve the transmissibility of coronaviruses in a lab could 'significantly' increase the chance of a pandemic 'due to a laboratory accident."

While the Gryphon report5 concluded that the risk of a pathogen with pandemic potential (PPP) causing a global pandemic was low, the lead author of the report, Rocco Casagrande, a former United Nations weapons inspector, told The New York Times that the list of uncertainties is a long one. In fact, we don't know much about anything. For example, we do not know:6

All of these shortcomings mean we don't even know what we should invest in to make research on PPPs safer. It also suggests the conclusion of the report is more of a guess than a definitive risk assessment. They assume the pandemic risk is low, but it might not be, since they're making a series of assumptions that may or may not be accurate in the real world.

Secrecy Is Part of the Problem

One reason for this lack of insight is that many biosafety labs are not required to be transparent about what happens inside their walls. Casagrande likens them to "a big black box." As noted by the NYT:7

"… the most concerning aspect about high-containment biolabs is that, considered as a collective, they may only be as safe as the worst lab among them: A breach or a breakdown at one could imperil us all."

It stands to reason then that one way to reduce the risk of another manmade pandemic is to demand full transparency. (Of course, the most effective strategy would be to ban PPP research altogether, worldwide, but barring that possibility, transparency and independent review would at least be a step in the right direction.)

Remarkably, we don't even have a complete list of all biosafety Level 4 (BSL4) labs. Estimates suggest there are 59 in operation around the world, but "there is no official international database keeping track of the labs and no requirement for governments to acknowledge their existence — either publicly or to the World Health Organization," the NYT writes.8

As explained by the NYT, the risks associated with these BSLs can be broken into three main categories:

Failure in one or more of these areas can have devastating consequences, and such failures can occur either intentionally or accidentally. In addition to these, there's the most unpredictable danger of all, namely human error.

All the technological safeguards may be in place, but the human element may still negate some or all of them. And, according to Casagrande, human error is 100 times more likely to cause an accident than any kind of mechanical failure.

Smallpox — The Next Threat?

As noted by the Times, there are only two BSL4 labs in the world that hold live variola virus, the virus that causes smallpox, a highly infectious and deadly infection that was declared fully eradicated in 1980. One is the U.S. Centers for Disease Control and Prevention's BSL4 lab in Atlanta; the other is the Vector Institute's BSL4 lab in Koltsovo, Russia.9

The original smallpox virus had a fatality rate of about 30%, and the U.S. stopped routine vaccination against it in 1972. The last known outbreak in the U.S. occurred in 1947.10

One of the last known deaths from smallpox took place in 1978. A British medical photographer contracted the infection at a medical school in Birmingham, where she worked. The university had a WHO-related smallpox research lab, which according to an investigation failed to meet the basic guidelines set by the Dangerous Pathogens Advisory Group.

The WHO had ordered the closure of the lab, but four months before its scheduled closure, the photographer, Janet Parker, was exposed. It's believed she came into contact with the virus "while making telephone calls from a disused office next to her darkroom. This office was linked to Bedson's animal pox room below a service duct, with access to the duct on each floor provided by inspection panels," The Desert Review reports.11

Bill Gates has preemptively warned us about smallpox terror attacks during a Policy Exchange future pandemics meeting, November 4, 2021. According to Gates, the threat of bioterrorism is likely far greater than that of a natural outbreak.

But there's nothing to prevent the creation of a synthetic or modified version of the virus, which may be even worse. As reported by the Independent,12 Bill Gates preemptively warned us about smallpox terror attacks during a Policy Exchange future pandemics meeting, November 4, 2021. According to Gates, the threat of bioterrorism is likely far greater than that of a natural outbreak.

As you might expect, he's urging governments to spend billions of dollars to prepare for such an event, and much of this investment would, of course, go to companies and organizations that he directly profits from.

"Produced by Bavarian Nordic, JYNNEOS was initially approved in 2019 by the U.S. Food and Drug Administration (FDA) and is indicated for preventing smallpox and monkeypox disease in adults 18 years of age and older determined to be at high risk for smallpox or monkeypox infection.

Many persons with contraindications to vaccination with ACAM2000 (e.g., atopic dermatitis, immunocompromising conditions, breastfeeding, or pregnancy) may receive vaccination with JYNNEOS …

Currently, the smallpox vaccine is not recommended for the general public in the USA since smallpox has been eradicated … However, U.S. health officials are prepared to use a vaccine if there were a smallpox outbreak, says the CDC."

The focus on smallpox vaccine is suspiciously timely, as five vials labeled "smallpox" were found in a Pennsylvania Merck facility November 15, 2021. There were also 10 vials labeled "vaccinia," a virus that belongs to the poxvirus family.15,16

The vials were discovered by a laboratory worker while cleaning out a freezer. The Merck facility conducts vaccine research, but as noted earlier, only two facilities in the world are permitted to store the deadly smallpox virus. Merck is not one of them.

Within days, it was widely reported that the five vials were "mislabeled" and did not, in fact, contain the smallpox virus (variola). They all contained the vaccinia virus, which is used in smallpox vaccine.17 All of the vials were reportedly intact, and the worker was wearing a facemask and gloves. Based on this, it is assumed that the worker was not exposed and no viral release has taken place.

This isn't the first time vials with potentially lethal pathogens have been found in places where they're not supposed to be. In 2014, 60-year-old glass vials containing freeze-dried smallpox were found lying around in an old storage room at the NIH facility in Bethesda, Maryland.18

In 2019, an explosion rocked the Koltsovo, Russia lab, sending one lab worker to the hospital. According to news reports, the PPP stockpiles were not affected. Still, it just goes to show one needs to take every eventuality into account. Anything can happen. There are a million ways in which something can go wrong.

Then, of course, we have Operation Dark Winter,19 a pandemic exercise featuring an intentional smallpox terror attack on the U.S. This tabletop exercise took place in 2001, and like the 2019 Event 201 (which featured an outbreak of coronavirus), it was hosted by Johns Hopkins and funded by the Bill & Melinda Gates Foundation.

Incidentally, in a November 2020 speech about the need for ongoing pandemic measures, then president-elect Biden warned we would be facing a "very dark winter,"20 a statement that many found both curious and ominous.

Signs and Symptoms of Smallpox

As mentioned, smallpox has a lethality rate of about 30% and is highly infectious. During the 20th century, an estimated 300 million people have succumbed to the smallpox virus around the world. The incubation period is between seven and 14 days. Initial symptoms include high fever, headache, backache and vomiting. This is then followed by a bodywide rash. The rash will often emerge in the mouth, throat and tongue first, and then spread to the face, arms, torso and legs.

It is during the rash stage that the patient is most infectious. The rash then progresses to pus-filled pustules that scab over and fall off for about 10 days. Those who survive the infection can be left with permanent scarring. Blindness has also been reported.

In 2009, CDC scientists reported they'd finally identified the mechanism that makes smallpox so lethal. By attacking interferon binding protein, a molecule your body produces that blocks viral replication, the virus ends up crippling your immune system. As reported by Science Daily:21

"The researchers … showed that cells infected with variola … produced a protein that blocks a wide range of human interferons, which are molecules produced by our immune systems meant to stop viral replication."

The virus is known to spread via direct contact and shared items such as sheets, towels and clothing, as well as respiratory particles. Vaccination with the live virus vaccine, ACAM2000, will also leave you infectious until the lesion at the injection site has scabbed over and fallen off, leaving a dime-sized scar. Care must be taken to protect the injection site from other parts of your body and other individuals.

Since the first quarter of 2020, we've already gotten a taste of what The Great Reset will mean for public health. It's basically founded on the premise that we live in a biosecurity state, where unelected "stakeholders" decide what is best for us — even if it kills us.

It's undeniable that the COVID countermeasures have wrought far more destruction than the virus actually has, and these countermeasures continue to destroy lives and kill people unnecessarily, all under the banner of keeping us "safe" from disease.

Hospitals around the U.S. have all been instructed to use the deadliest COVID treatments imaginable, and doctors who defy the guidance and actually do what is best for their patients are having their medical licenses threatened. Merely speaking out about effective COVID treatments will put a bullseye on a physician's back.

In countries everywhere, people are told COVID shots are the only way forward, and vaccine passports — once derided as a paranoid conspiracy theory — are being implemented. Who made these decisions? No one is admitting the real source of these lockstep decisions, but we can be sure they're coming from a central hub, run by people no one ever voted into power.

Around the world, a twisted mind game is being played out, where world leaders are now telling us that vaccine passports are our "ticket to freedom," completely ignoring the fact that our freedom is not, and cannot be, predicated on our medical choices.

That the disease countermeasures we currently see for COVID-19 won't end with COVID-19 is clear. Will a smallpox outbreak be next? The totalitarian takeover clearly isn't going as smoothly as they'd hoped, so it's not unreasonable to suspect they may want to throw something else into the mix — even if it's only to raise the fear level to the next level.