A German health insurer BKK ProVita said an analysis of data collected from more than 10 million people suggests COVID vaccine side effects are "significantly" underreported. The company said its analysis revealed a "significant alarm signal" and said "a risk to human life cannot be ruled out." 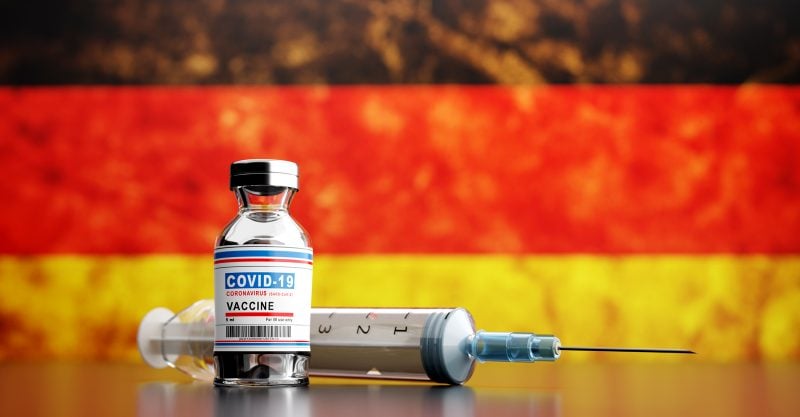 A German health insurance company this week said an analysis of data collected from more than 10 million people suggests COVID vaccine side effects are "significantly" underreported.

The company, BKK ProVita (BKK), said its analysis revealed a "significant alarm signal" and that "a risk to human life cannot be ruled out."

Based on the data collected, BKK said the number of vaccine side effects is many times higher than the number officially announced by the Paul Ehrlich Institute (PEI), Germany's federal health agency that monitors the safety of vaccines and biomedicines.

The PEI announced in a press release there were 244,576 suspected cases of vaccine side effects reported in 2021 following COVID vaccination, but BKK said its analysis revealed more than 400,000 cases.

BKK board member Andreas Schöfbeck told WELT, a German news publication, "The numbers determined are significant and urgently need to be checked for plausibility."

"In our opinion, there is a significant underreporting of the side effects of the vaccination," said Schöfbeck. "According to our calculations, we consider 400,000 visits to the doctor by our insured persons due to vaccination complications to be realistic to date."

Schöfbeck said if figures are extrapolated over a year for the entire German population of 83 million people, it is likely 2.5 – 3 million people in Germany received medical treatment for COVID vaccine adverse events.

"The data available to our company gives us reason to believe that there is a very considerable under-recording of suspected cases of vaccination side-effects after they received the [COVID-19] vaccine," Schöfbeck wrote.

In another letter, the company suggested vaccine side effects across Germany are at least 10 times more common than what was reported by the PEI, the German newspaper Nordkurier reported Wednesday.

The letters did not disclose symptoms, the severity of adverse events or which vaccines caused the side effects.

Federal health officials in the U.S. and Germany have emphasized the benefits of COVID vaccines outweigh the potential risks, and side effects are rare.

In the U.S. last month, an executive at an Indiana life insurance company reported a "stunning" 40% increase in the death rate among 18- to 64-year-old adults compared to pre-pandemic levels, The Defender reported.

The insurance executive rated the extraordinarily high death rate as "the highest … we have seen in the history of this business," adding the trend is "consistent across every player in that business."

To further underscore the import of his statements, Davison said, "Just to give you an idea of how bad [40%] is, a … one-in-200 catastrophe would be a 10% increase over pre-pandemic. So 40% is just unheard of."

Contrary to what the public might assume — given the media's unremitting coverage of COVID-19 — Davison reported most of the death claims listed causes of death other than COVID.

Commenting on the news, Steve Kirsch, executive director of the Vaccine Safety Research Foundation, wrote, "It would take something REALLY BIG to have an effect this big."

Moreover, Kirsch said, the culprit would have to be something first introduced in 2021 — "something new … that a huge number of people would be exposed to" — such as COVID shots.